50 Cent Says People Are More Ruthless in Business Than in the Streets. Here's His Advice on How to Deal With It.
The Club 50 Cent Says People Are More Ruthless in Business Than in the Streets. Here's His Advice on How to Deal With It.

Curtis James Jackson III, better known as 50 Cent, is a rapper, actor, producer and entrepreneur whose rags-to-riches story is arguably the greatest in hip-hop history. 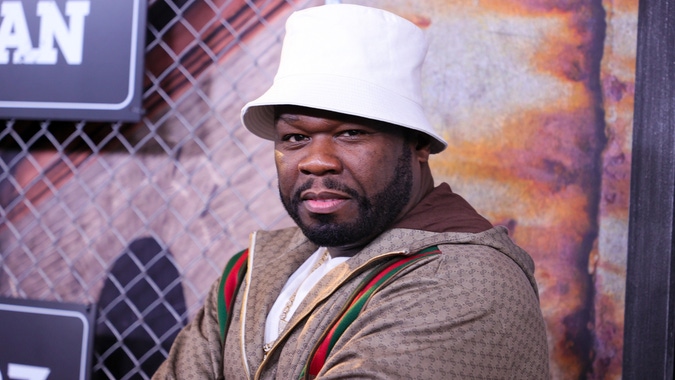 Jackson was born and raised in the South Jamaica neighborhood of Queens, New York during the height of the 1980s crack epidemic. He grew up without a father, and his mother was murdered when he was just 8 years old. Jackson started selling drugs at 12 years old, and at 19 he was arrested, charged and sentenced for possession of crack cocaine, heroin and a firearm.

Following his early release, he shifted his focus to music, started to write rap songs and secured a record deal with Jam Master Jay. Jackson eventually signed a record deal with Columbia Records but was dropped by the label after he was shot nine times in 2000. He survived the assassination attempt, but rather than back down, he released a slew of records dissing his enemies.

Jackson pioneered the mixtape as a promotional tool, and his tireless work ethic, ferocious delivery, gritty style and melodic hooks eventually caught the ear of Dr. Dre and Eminem. He signed a record deal with Shady-Aftermath in 2002 and released his debut album, Get Rich or Die Tryin, in 2003.

The album went platinum nine times, and Rolling Stone included it on its list of the greatest albums of all time, writing that Jackson was the first rapper to “sell a million [units] for each time he had gotten shot.” His albums have sold a combined 30 million units since. For many, this would’ve been the peak, but for Jackson, his success as a musician was just the beginning.

A hustler to the core, he partnered with Glacéau, the parent company of VitaminWater, and launched Formula 50. His minority equity stake netted him $100 million when the company sold to Coca-Cola for $4.1 billion in 2007, according to Forbes. His pace hasn’t slowed since.

In late 2018, Jackson inked a long-term partnership with Starz worth an estimated $150 million, and since then he’s executive produced, directed and co-starred in Power, the number show on Starz and the second most popular show on premium cable at time of its release.

He now has over 20 film and television projects lined up, including a role in The Expendables, which he'll star in alongside Jason Statham, Sylvester Stallone and Megan Fox. And this Sunday, September 26, his show BMF will premiere on Starz.

I've followed Jackson's career since I was child, so I was blessed to speak with 50 Cent for 50 minutes and learn about what it took for him to survive the streets, rise above his rivals and succeed in the business world. Read on for a brief summary of a few key takeaways, or watch the full interview below. It’ll be the best 50-minute investment you make, trust me.

(Jackson's responses have been edited and condensed for clarity and readability.)

1. Condition yourself for conflict

Jackson is no stranger to conflict. Growing up where he did, when he did, how he did, ruthlessness was a prerequisite for survival the way algebra is a prerequisite for calculus: Without it, you won't make it to the next grade. Except in his case, you wouldn't live to see the next day. So you can imagine my surprise when he said there are more ruthless people in business than in the street. “It’s the same tactics with a different approach,” he says.

“They just have subtleties to their tactics. They’re not confrontational, but they’re doing it right in front of you with how they’re structuring deals. At least with a robbery they’ll give you the courtesy of showing you the gun, so you can have those anxieties and feel those feelings that you would feel when you're being robbed. But [in business] they'll do it on a piece of paper. They’ll do it in a way where you feel nothing — and just rob you right there.”

His advice? Prepare for conflict. “A lot of the people who do that comfortably, who will hand you that kind of contract, they’re not prepared for direct conflict. And under the circumstances I grew up in, I absolutely had to be prepared for it. Think of fighters: They look good after they have eight weeks of training and they have eight weeks to focus their mind — but you only got eight seconds in the street, you got eight seconds to adjust and do what you gotta do.”

Jackson didn’t go to college. He didn’t even graduate high school. Instead, he earned his GED while serving six months in a shock incarceration boot camp. Nowadays, 90 percent of the time he’s communicating with people who’ve achieved a higher level of education than he has.

But his lack of formal education isn't a disadvantage, as you'll see in a second. Because Jackson knows it’s not what you’re taught that matters, but whether or not you retain what you hear and can apply it in the real world, because the real world isn’t a classroom — and life’s tests don’t come printed on paper.

“What I hold on to is, they wouldn't have made it under the circumstances that I came up from," he says. "If all the information that you needed in business was in the book, then the teacher would be too successful to teach the class.

"Most students don't go off to be the head of the field they're studying. If you look at it, a lot of the ‘C’ students, the people that don’t just retain the information long enough to pass midterms, but internalize the information and behaviors, they turned out to be more successful than the people who easily pass the class.”

“Some people get regimented, they get trained, and they get comfortable with school but then they can only do school. Until you put them in the real world–and that's not school.”

3. Go straight to the source

By definition, a gatekeeper is “an attendant at a gate who is employed to control who goes through it.”

Although gatekeepers decide who can pass through an entrance, it’s the boss, or decision maker, who issues the criteria for entering and has the final say. It’s because of that Jackson ignores the chain of command. Instead, he goes straight to the source.

“I talk to who I need to speak to — nobody in between,” he says. “I don't follow the chain of command, I go straight to the source of who can make what I'd like to happen, happen. Because people in between would like to get you to take less to impress the people at the top. So sometimes you have to pass over someone to get to who you need.”

Jackson started boxing at the age of 12 at a local gym in Southside Queens.

Although most view boxing and other sports as an escape, his gym was just as harsh inside as life was outside, if not tougher. But the challenges he faced inside in the gym, and the consistency in which he faced them — he sparred every day — conditioned him until eventually, he didn’t mind fighting at all.

“We didn’t have weight classes, and we didn’t have people coming in that were consistent, so I would be fighting a lot of kids that were older,” he says. “They had a mental advantage because they were older, but that faded the more I got into the groove of doing things."

"It changed my attitude, and it made me not care about fighting, because every time I sparred, it felt like I was in a real fight. And because I was doing it every day, I didn’t mind being in a fight. I didn’t adjust well, because I took that right across the street, into the neighborhood, with what I learned in the gym.”

“So I didn’t mind an altercation. I didn’t mind if I had a black eye, because [my time in the gym] adjusted me to fighting. If you make it hurt in the gym, it won’t hurt the night of.”