Central Freight Lines is ceasing operations after nearly a century in business, according to reports Dec. 11.

The Waco, Texas-based less-than-truckload carrier notified drivers, employees and customers that it would start to wind down operations Dec. 13. That also means 2,100 employees will be laid off right before Christmas.

Visitors to the company's website were greeted with the message, "Central Freight Lines is winding down its business. As of Monday, December 13, we will no longer be picking up freight. We will continue to deliver the freight we have in our system. Thank You."

CFL President Bruce Kalem cited years of operating losses for shuttering the operation, according to reports. 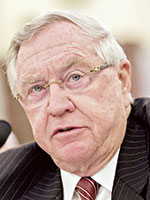 The company expects to deliver substantially all freight in its system by Dec. 20. CFL is reportedly talking with key customers and vendors and expects sufficient liquidity to complete deliveries over the next week in an orderly manner.

“Over the weekend, Texas-based LTL carrier Central Freight announced it would cease operations Monday 12/13,” Cowen and Co. said. “Central had been in operations nearly 100 years but had been saddled with far too much debt in recent years, according to market sources.

“In 2020, Central was ranked the 21st among LTL carriers with roughly $255M in revenues. The company has full-state coverage in 14 states and partial coverage in three more across the south, south-central and southwestern U.S.”

The company made efforts to try to stay afloat, including reshuffling its executive team nearly a year ago. That includes adding the company’s owner, Jerry Moyes, as its interim president and CEO. Moyes stayed on as CEO even after Kalem was appointed president in July.

Central Freight Lines ranks No. 98 on the Transport Topics Top 100 list of the largest for-hire carriers in North America and No. 21 on TT’s LTL list.